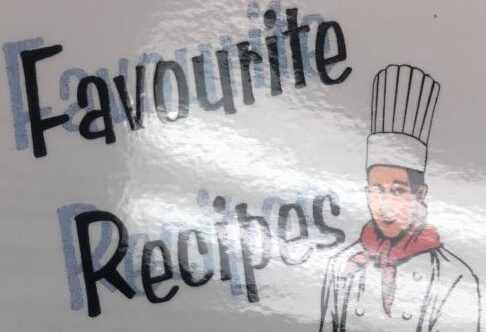 Nestled in the quiet eastern end of the Greater Toronto Area (GTA), Scarborough has grown dramatically over the years: from an Indigenous gathering ground to a nineteenth-century colonial township, the city is now home to a vibrant, culturally diverse community that has allowed Scarborough to develop a unique identity of its own. This identity can be defined as that of the “ethnoburb”, a term first coined by geographer Wei Li in 1998 to describe the distinct ethnic clusters in the suburban areas of larger metropolitan cities such as Toronto (Bégin & Sharma 2018, 59). As an ethnoburb, Scarborough has a significant Asian presence, marked by the prevalence of Asian foodways that have transformed the city into the “culinary hub” of the GTA, though other diasporic communities have also made their mark (Bégin & Sharma 2018, 55). Such foodways can be a fascinating subject of study, as they provide a glimpse into the process of cultural preservation; that is, how different ethnic groups have adapted their traditional ways of life to fit a suburban Canadian environment. But how do we keep track of the growth of foodways in a rapidly developing city like Scarborough? The answer is closer to home than you would think.

UTSC has a proud claim to paving the way for food studies in Scarborough. It all began with Professor Daniel Bender, who started teaching “Edible History: History of Global Foodways” (HISC14) in 2005, using a “portable heating unit to provide cooking demonstrations” for his students (Pilcher 2018; University of Toronto at Scarborough 2005, 153). The course was quite popular and sparked a demand amongst students for more food studies courses; a few years later, UTSC received a provincial grant to build the Culinaria Research Centre, housed in the Science Wing and now a cornerstone of the campus (Pilcher 2018). The Centre is dedicated to studying the development of Scarborough’s various foodways, combining student-led investigation with active community engagement to foster a dynamic research environment in which the idea of “Canadian cuisine” takes on new meaning. Arguably the most exciting part of the Research Centre’s offerings is the Culinaria Kitchen Laboratory, an old geology lab-turned-demonstration kitchen in which students can engage in hands-on research, including running their own pop-up restaurants and attending live cooking demos featuring visiting chefs (Manzocco 2018; Battler 2019; Mintz 2017). The Centre’s events are open to both food studies students and non-students alike, and have contributed to the growing popularity of the Food Studies Minor program, first offered in 2016 by the HCS Department at UTSC (University of Toronto Scarborough 2016, 177).

UTSC’s passion for food history and culture is not a recent development, despite the relatively young age of the Food Studies program. Perhaps the best testament to this is Favourite Recipes of Scarborough College.

Published in 1996 by the Staff Relations Committee, Favourite Recipes is a “unique collection” of over 100 recipes spanning beverages, appetizers, snacks, main dishes, and desserts, written and submitted by members of the Scarborough College community (Staff Relations Committee 1996). These recipes are remarkably expansive in terms of their cultural scope: examples include Spanish Coffee, French Mussels Mariniere, Lebanese Tabbouleh, Turkish Imam Bayildi, Vietnamese Shrimp Dumplings, and Italian Tiramisu, to name a few! Various cultural groups are represented here through their recipes, and this can be read as a testament to the cultural diversity of the UTSC community in the 1990s. This diversity remains a defining factor of UTSC’s student body today, and again, this is reflected in UTSC’s fascination with food: the UTSC Library, for example, has a featured collection of over 100 cookbooks, which highlight both local and international recipes and are accessible to all (Russell 2018). For UTSC, then, food emerges as a way of understanding cultural identity and connection, and brings new meaning to the expression, “you are what you eat”!

Manzocco, Natalia. 2018. “Students get serious about food in Scarborough.” NOW Toronto, May 14, 2018. https://nowtoronto.com/lifestyle/education/uoft-culinaria-scarborough-food.

Marooned?: The Issue of Identity

The Students of 1984 who Refused to Write Their Exams – and Got a Zero!